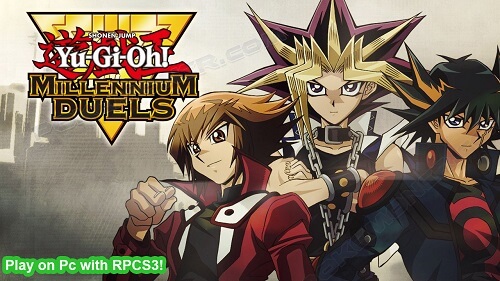 Yu-Gi-Oh! Millennium Duels is a Yu-Gi-Oh! video game for the Xbox 360 and PlayStation 3. It features twenty characters each from Yu-Gi-Oh!, Yu-Gi-Oh! GX, Yu-Gi-Oh! 5D's and Yu-Gi-Oh! ZEXAL. This game follows the September 2013 List.

The narrator of the game is a robot called IN4-M8 (a pun of Info-Mate). The game's Normal Mode is divided into the four series. Within each four are 4 "towers", and in each tower are five characters from each respective series. The first four characters you must defeat in a Single Duel while the last character you must defeat in a Match Duel. You must defeat each character in each tower in order to advance to the next series. After completing the ZEXAL series, an Expert Mode is unlocked, which works the same as Normal Mode, but each character uses a much more powerful Deck.

You obtain more cards to use as more characters are defeated. The first card obtained is a card the character uses in his/her Deck, while the rest are random. The number of cards unlocked depends on how you preformed in the Duel(s) . 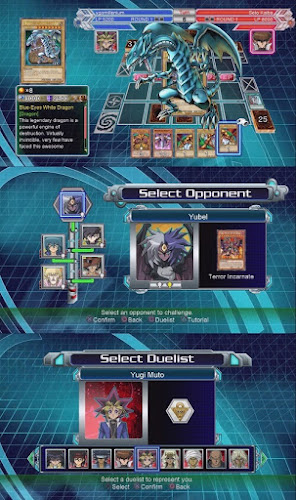